CLC Library received a Big Read Grant from the National Endowment for the Arts and offered programs and discussions about Lab Girl during the fall of 2019. 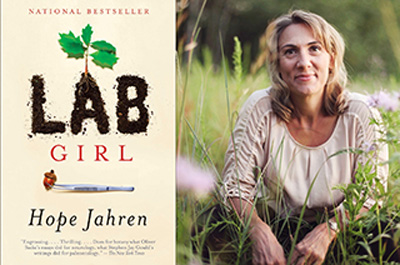 Growing up in Austin, MN, Hope Jahren was interested in trees, flowers, plants and soil since she was a child. Lab Girl tells the story of a young woman who finds friendship in odd places, battles bipolar disorder, perseveres through setbacks and becomes a respected scientist and passionate observer of the natural world. Jahren eventually earned a Ph.D. in soil science from the University of California at Berkeley in 1996 and now lives in Oslo, Norway. In 2016, Lab Girl was named as a New York Times Notable Book and an Amazon Top 20 Best Book.

If You Liked Lab Girl, Try One of These Books